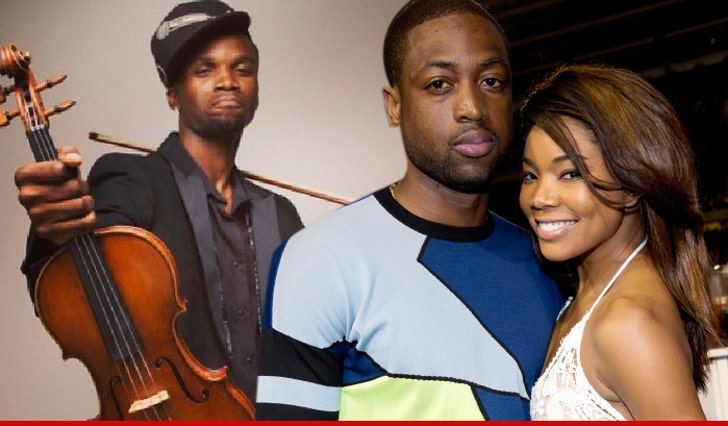 Dwyane Wade's wedding will be classical ... with a hint of Michael Jordan ... because he hired the famous hip hop violinist that MJ signed to Jordan Brand back in 2009 .... TMZ Sports has learned.

We've learned ... D-Wade and Gabby reached out to Lee England Jr. -- the very first non-athlete to sign with Jordan Brand -- and asked him to perform at some point in the evening.

England Jr. -- known as the "Michael Jordan of the Violin" -- is no stranger to celebrity events ... he performed at Donald Trump's NYC penthouse 3 times last year and is a regular at NBA games.

No word on what songs are on England Jr.'s set list -- but if the Wade's dig Beyonce, dude does a killer version of "Drunk In Love."