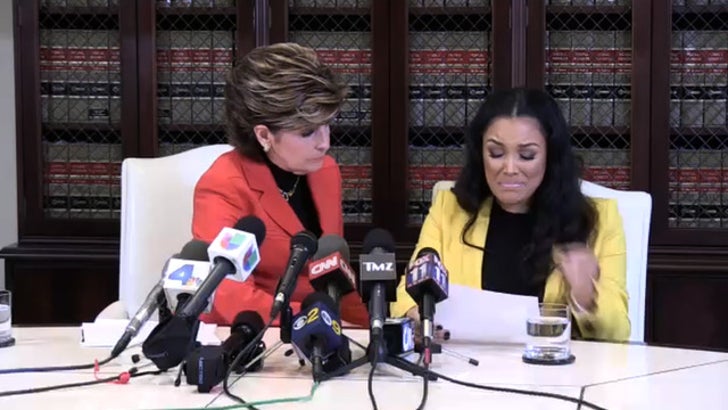 Floyd Mayweather's ex-fiancee Shantel Jackson is suing the boxer -- claiming he attacked her on multiple occasions and once PULLED A GUN ON HER and threatened to shoot.

According to the lawsuit, obtained by TMZ Sports, Jackson claims Floyd first got violent with her back in 2012 ... right after he was released from the slammer in a domestic violence case involving another woman.

Jackson claims the two were arguing when "He twisted [her] arm, choked her and forcibly took her phone away from her to look through it."

Jackson claims Mayweather got violent again in April 2013 ... when during another argument, he "bent her arm, restrained her, and pointed a gun at her foot, asking 'Which toe do you want me to shoot?'"

In her suit, Jackson claims he then demanded her to remove her 17 carat diamond engagement ring at gunpoint.

Jackson also claims Mayweather invaded her privacy when he posted photos of her sonogram on social media -- and claimed the "real" reason they broke up is because she "killed our twin babies."

There's more ... Jackson claims Mayweather struck again in Feb. 2014 at his condo at the Ritz in L.A.

Shantel claims she was trying to leave following yet another argument -- when Floyd grabbed her by the arm and dragged her back inside. She claims Floyd blocked her from leaving for more than an hour.

Calls to Mayweather's camp have not been returned.