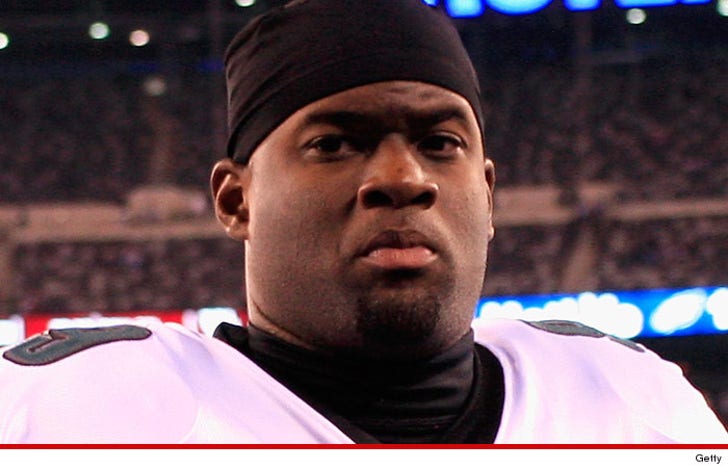 Vince Young is firing back at allegations he took out -- and never repaid -- a $700k loan ... telling TMZ Sports his crooked ex-financial advisor signed the papers behind his back -- and Vince never saw one single dime.

We broke the story ... Vince is being sued by Triton Financial ... which claims VY took the loan out in 2011 and never paid it back.

But Vince tells TMZ Sports ... he's the "real victim" of a scheme concocted by his former financial advisor Ron Peoples.

"He was doing things without my approval -- getting big loans out," Vince says ... "He never had my authority."

Vince notes that when the loan was taken out, he was still on the Tennessee Titans and rollin' in NFL dough -- "Why do I need the loan? I'm out playing ball, making money at the time."

Young admits he does have financial problems because he "trusted the wrong people" -- but says he's working his ass off to "clean up the mess."

Besides working with the students through the Division of Diversity and Community Engagement at the University of Texas, Young has also started his own management company.

"It's called Access Brand Management ... we go in and help athletes who get in trouble and work with them to get them back on the right track."

We spoke with a lawyer for Peoples who told us, This is an old debt Vince knew about. It's a shame he's still arguing about it."

He added, "For Vince to start saying he was duped by Ron is misleading."