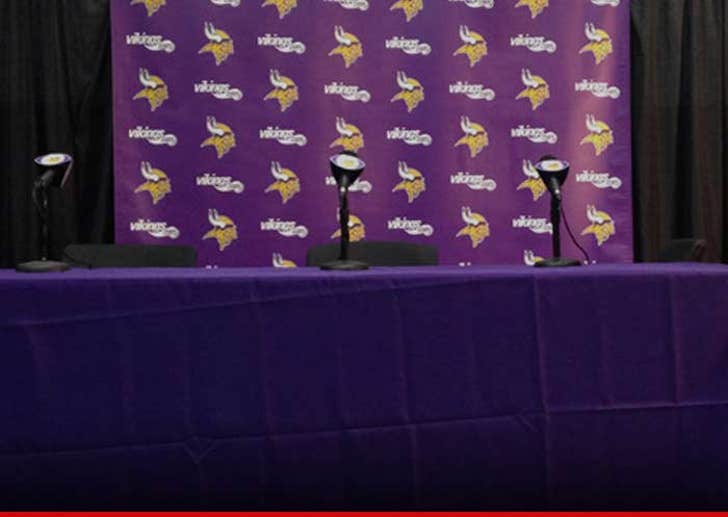 Didn't take long for the Minnesota Vikings to scrub all signs of the Radisson after the hotel suspended its relationship with the NFL team ... because the logo is noticeably absent on the team banner at today's news conference.

The team is setting up to address the media -- and swapped out the backdrop, which used to prominently display the Radisson logo to one that just has the Vikings emblem on it.

The Radisson has suspended its relationship with the team after its logo appeared behind team reps earlier in the week when they announced they would be REINSTATING Peterson. 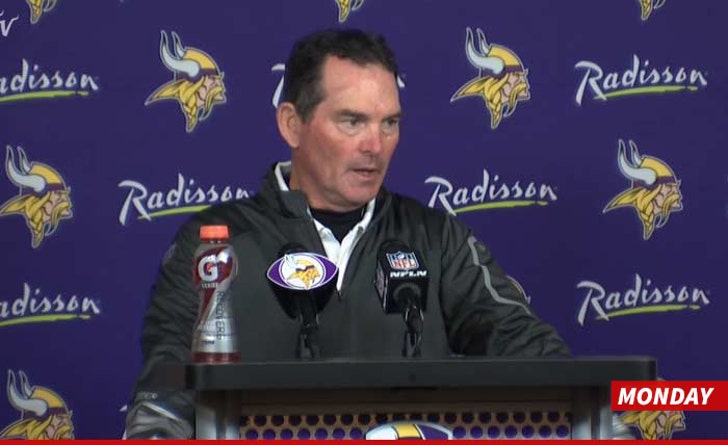 After intense public backlash, the team eventually reversed course ... but the damage was already done.

Team owner Zygi Wilf just said, "We made a mistake."

"Adrian will be away from the team," Wilf said.