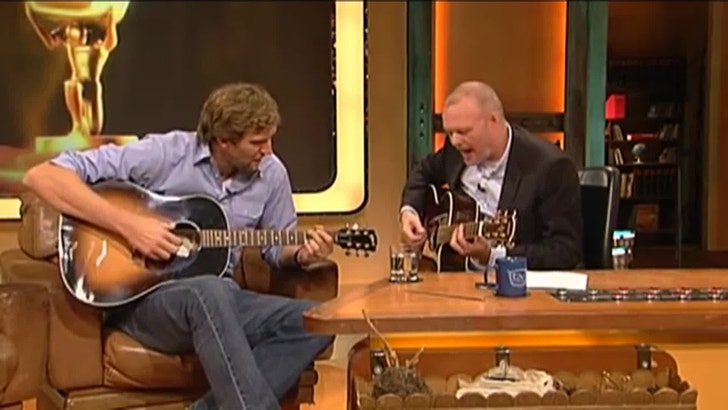 Germans love David Hasselhoff. They also love Dirk Nowitzki ... so you know they went CRAZY last night when Dirk broke out his guitar and sang a Hoff song ... on live German TV!!!

The Dallas Mavericks star appeared on "My Spass" with host Stefan Raab when they decided to show off their musical talent ... and the first tune was the Hoff classic, "Looking for Freedom."

Of course, they're German ... so they both knew all the words ... and the crowd claps along to the beat.

Dirk started to roll into the Extreme hit "More Than Words" ... but, unfortunately, he cut it short.

Still, you know somewhere ... Hoff is puffing out his famously hairy chest a little further this morning.