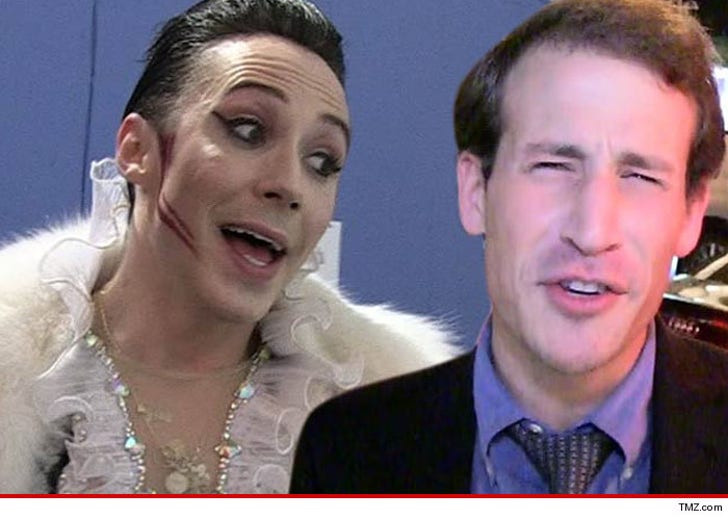 Olympic skater Johnny Weir spins lies as easily as he performs triple salchows ... according to hubby Victor Voronov -- who's suing Johnny for accusing him of attempted rape and contracting an STD.

Victor -- who's in the middle of an ugly divorce from Johnny -- filed court docs accusing Weir of spreading salacious lies during an interview on "Access Hollywood" to talk about their divorce.

During the interview, Weir said Voronov "asked me to lay with him in the biblical sense, and when I refused, the altercation between us started." According to Voronov's court docs ... that translates to attempted rape.

Voronov also claims Weir slandered him in a fit of jealousy ... texting a friend to accuse Voranov of having herpes ... or some sort of sexually transmitted disease.

Voronov -- says it's all BS -- he never tried to rape Johnny and is as clean as a whistle -- and that Weir is trying to subject him to scorn and ridicule. He's suing for unspecified damages.

We reached out to Weir's people ... we haven't heard back. 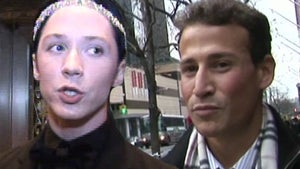