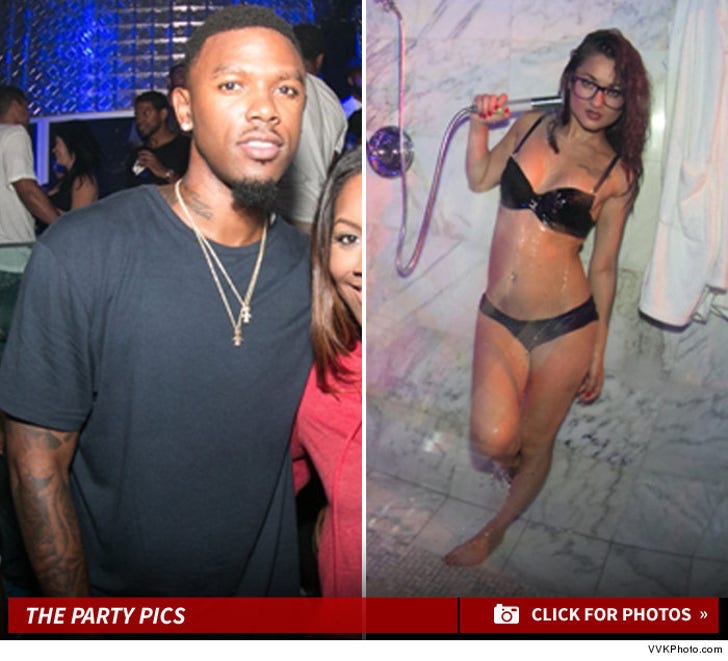 TMZ Sports has learned ... the former Cleveland Cavaliers player hit up Penthouse Nightclub in West Hollywood -- along with some huge Hollywood stars like Meagan Good, Vivica A. Fox, "LHHH" star Sincere Show and Too Short.

But all eyes were on the in-club GLASS SHOWER -- where half naked women would soap themselves up and wash themselves down in front of everyone.

Also at the club, NBA star Brandon Jennings and his GF Tae Heckard. We're guessing it was no coincidence that they found the cameras since Brandon's ex Teyana Taylor just went public with her new relationship with NY Knicks player Iman Shumpert.

Dating ... it's almost as competitive as the NBA.