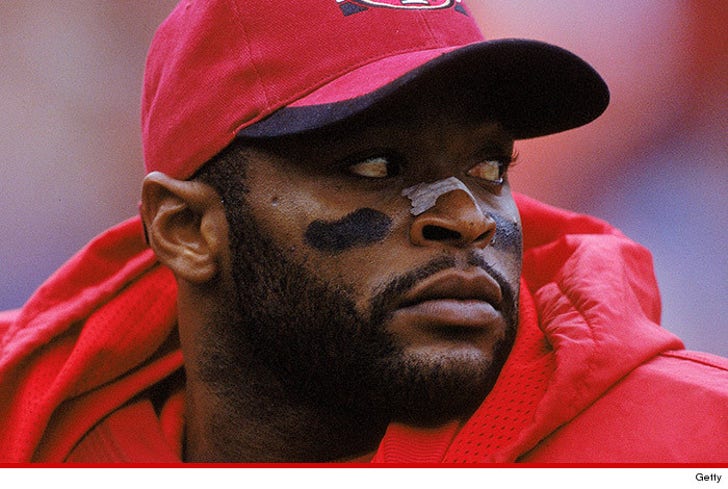 Former NFL star Charlie Garner told police he was "chasing a b*tch" on the night he was arrested for DUI ... and that's why he didn't know where he was ... this according to the police report obtained by TMZ Sports.

The 42-year-old ex-Pro Bowler -- who played RB for the 49ers, Eagles, Bucs and Raiders -- was arrested in Tampa, FL on Sept. 22 after cops say they found him passed out behind the wheel of a Chevy Malibu around 2AM.

According to the report, the responding officer had to shake Garner vigorously to wake him up -- and when he came to, he reeked of booze.

When asked if he'd been drinking, Garner replied ... "It's not about ... the drink ... it's about being up." The cop says Garner indicated he'd been up for three days.

Garner told police he was not from around the area and was staying with his ex-GF in North Tampa. According to the report, "[Garner] advised that he was chasing a 'b*tch,' got lost and could not tell me where he was."

He was released several hours later on $500 bond.

We reached out to Garner for comment -- so far, no word back.