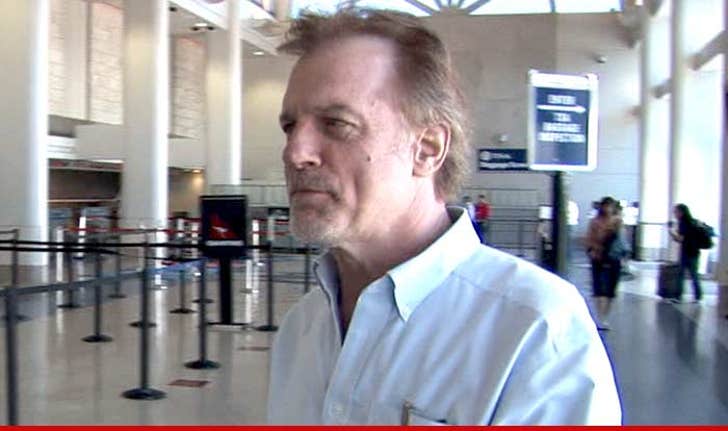 The woman who triggered the NYPD Stephen Collins child molestation investigation told detectives ... the actor had an M.O. -- which began with wandering into her bedroom with only a towel around him.

TMZ broke the story ... Collins admitted on tape to molesting and/or exposing himself to 3 young girls ... one of whom was related to his first wife. According to sources present during the police interview ... the woman claims when she was 10 she would sometimes stay with Stephen and his wife at their NYC apartment.

She told cops ... she would sleep in the guest room and Stephen would come in after showering, wearing only a towel. She claims he would then expose himself and several times put her hand on his penis. She says he would also touch and rub on her.

The woman claims she would often thwart Collins' overtures by pretending to be asleep.

We're told the woman says in the '90s she was watching TV with her husband and saw Collins on the screen, and then told her husband for the first time Collins had molested her.

We're also told in 2000 the woman contacted Collins' current wife, Faye Grant, by sending her an anonymous letter warning her that her husband was a child molester.

Nothing happened for 12 years. Then, in late 2011 ... Grant reached out to the woman, after Collins told his wife about the sexual contact, and the girls with whom it had occurred with.

Grant sent the woman an email -- obtained by TMZ -- in which she says, "Stephen lied when confronted 12 years ago. He said he had a hole in his holey jeans, as was the style then, and you 'must have' seen his genitalia one time."

Grant goes on, "Stephen is not remorseful, shows no guilt, and his shame is demonstrated as extreme self pity. He wails and cries, 'I'm in so much paaaaaain!!!'"

We know the woman says she will cooperate with law enforcement in the investigation.