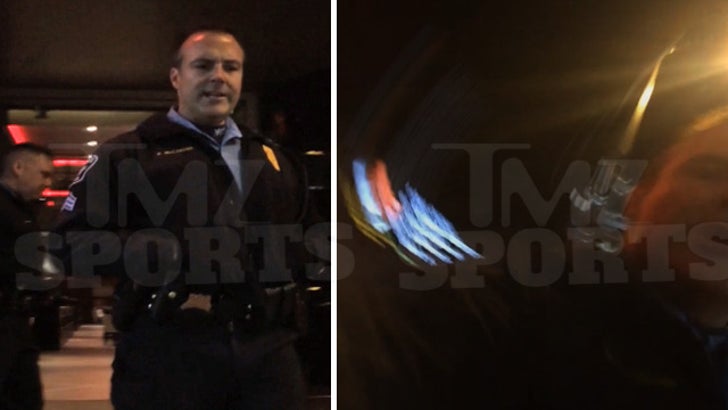 Vikings player Tom Johnson says cops left out a big part of the story surrounding his arrest -- which is that officers physically assaulted him before taking him into custody ... and he's now come forward with video.

Johnson was arrested early Sunday morning in Minneapolis ... after police say he refused to leave a nightclub. Johnson was pepper sprayed, and eventually tased before they arrested him.

But Johnson's reps say there was no reason for officers to tase him ... and they feel that's obvious from this video the Minnesota Vikings defensive tackle shot on his phone. In the clip ... Johnson is recording 2 officers as they leave the club, and he asks them, "Do you feel good about it?"

He's referring to the fact he had just been pepper sprayed. One cop responds, "Got your ID on you?"

Johnson's reps say right after that ... the cop "slapped Johnson's hand and arm knocking his cell phone to the ground and shattering the screen." They say the officer tased him when Johnson reached for the phone.

The police report says Johnson was tased because he was "uncooperative."

Johnson's reps say they are strongly considering filing a lawsuit.