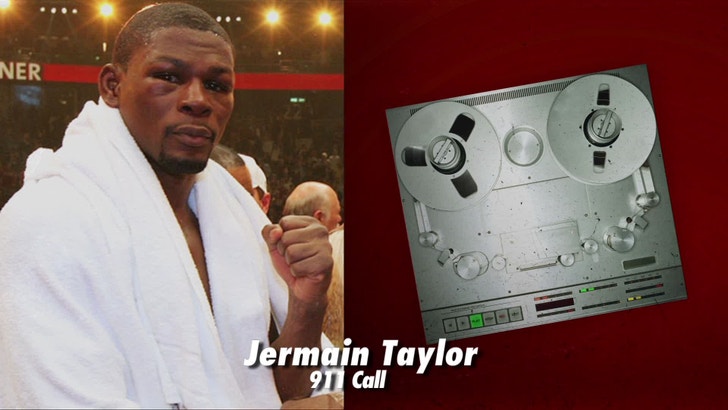 TMZ Sports has obtained the 911 call made by the boxing champ's wife back in August -- when she told authorities that her husband had shot an "intruder" who was on their property in Arkansas.

"We had some intruders on our property," Taylor's wife told the operator.

Moments later you can hear Jermain say, "I shot one of them – better come get him before I kill him."

Cops eventually got to the scene -- and ARRESTED Taylor for 1st degree battery and aggravated assault.

We're told Taylor's case is still pending -- but no charges have been filed yet and no court date has been set.

Despite all of this ... the powers that be in the boxing world ALLOWED TAYLOR TO FIGHT for the IBF Middleweight title last night -- and he won.