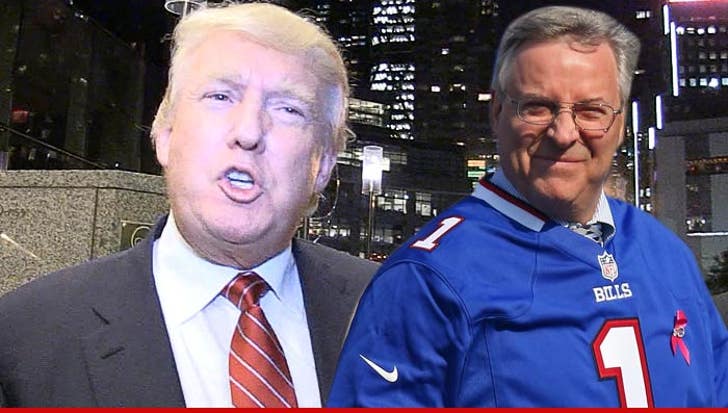 Donald Trump is taking aim at the new Buffalo Bills owner Terry Pegula ... saying he's a LOSER who won't lead his team to a title.

Trump was in the running to buy the team, but was ultimately outbid by Pegula -- and this morning, Donald is saying the whole thing was a blessing in disguise.

"Even though I refused to pay a ridiculous price for the Buffalo Bills, I would have produced a winner. Now that won’t happen," Trump tweeted.

Trump added, "The people of Buffalo should be happy Terry Pegula got the team but I hope he does better w/the Bills than he has w/the Sabres. Good luck!"

Of course, Trump's referring to the Buffalo Sabres -- which Pegula also owns -- a team that flat out sucked over that past couple of seasons.

Trump concluded with a parting shot at the NFL -- "The @nfl games are so boring now that actually, I’m glad I didn’t get the Bills. Boring games, too many flags, too soft!"