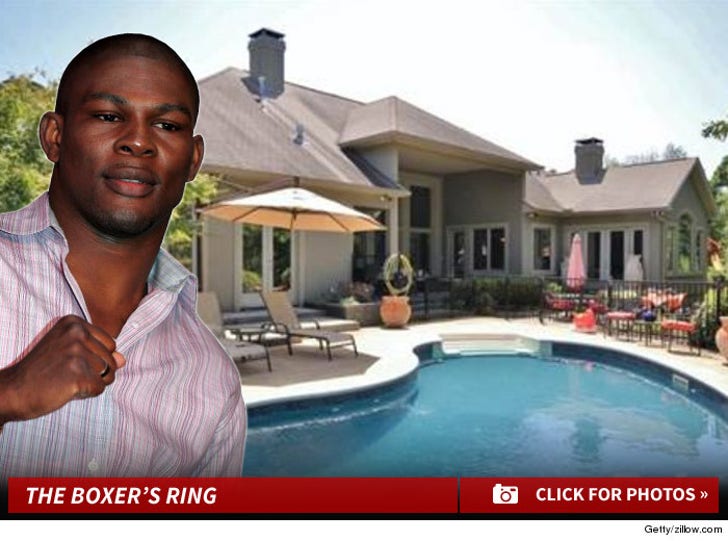 For Sale: Sprawling celebrity-owned mansion in Arkansas ... with sparkling pool, wet bar, media room -- and oh yeah ... THE OWNER ONCE SHOT SOMEONE ON THE PROPERTY!!!

TMZ Sports has learned boxing champ Jermain Taylor has put his 39 acre Little Rock estate on the market -- the estate that happens to be at the center of a police investigation.

As we previously reported, Taylor was arrested back in August for shooting his cousin during a domestic dispute. At the time, Taylor claimed his cousin was an "intruder."

But the cousin lived -- so if you can get past the blood-stained history ... you can enjoy the 5,071 square feet of living space with 4 beds and 3.5 baths.

That is, if you're willing to make an offer somewhere near the $1.2 million asking price!