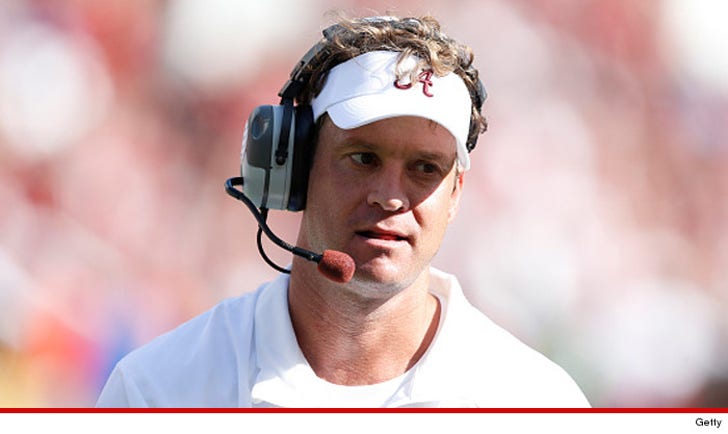 Lane Kiffin's mother tells TMZ Sports ... she's so worried about her son returning to Tennessee that she's "praying for a guardian angel" to keep him safe when Alabama takes on UT this weekend.

Of course, fans of the University of Tennessee went berserk when Lane quit his job as their head football coach back in 2009 (after less than a year) for USC. People even hung Lane in effigy at the time.

And now with Lane returning to the campus as the offensive coordinator for Alabama, Robin tells us "I'm praying for a guardian angel ... a host of guardian angels."

Robin says she's not planning to attend the game -- but will watch it on TV. She's also confident Lane is staying focused despite the media frenzy.

"I text Lane 'good luck' each week. If I said anything different this week, he would say I'm being ridiculous."