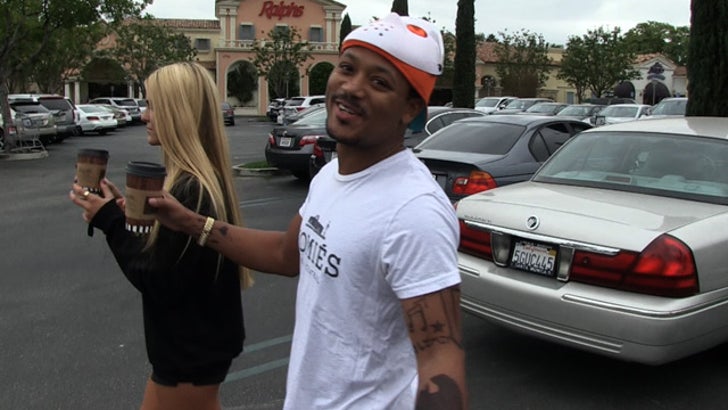 Here's the thing -- we don't think he's joking ... since Romeo played college ball at USC with his good friend and NBA star Demar DeRozan ... and he's earned a reputation for being one of the best celeb ballers in Hollywood.

"Me and Chris Brown -- the two best celebrity hoopers ... I bet if we were on the Lakers they'd be championship contenders," Romeo told us.

Check out the highlghts ... if the Lakers keep slidin' Romeo ... ya might wanna keep your phone on.