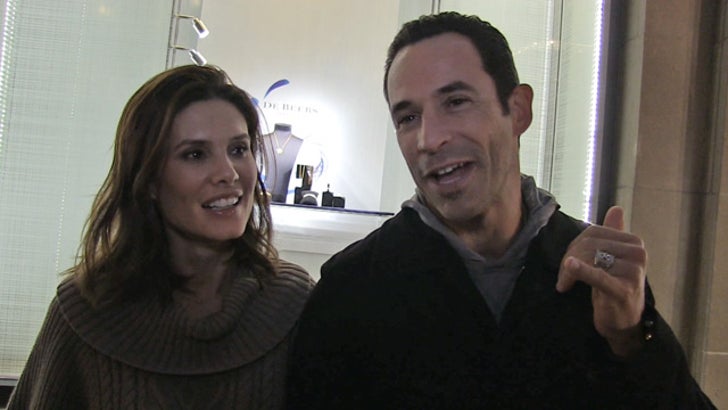 Some people are taking "The Fast and The Furious" movies a little too seriously ... because IndyCar stud Helio Castroneves tells us several people have tried to race him ... on the streets!!

Helio and his girlfriend Adriana Henao were out in NYC last night when he told us how he handles the challengers when they try to go all Marty McFly in the middle of a street.

Another funny moment -- Helio says despite the fact he's a professional racecar driver, people have tried to rip him off at auto shops on his personal cars ... but he's got a secret weapon to make sure he doesn't get screwed.