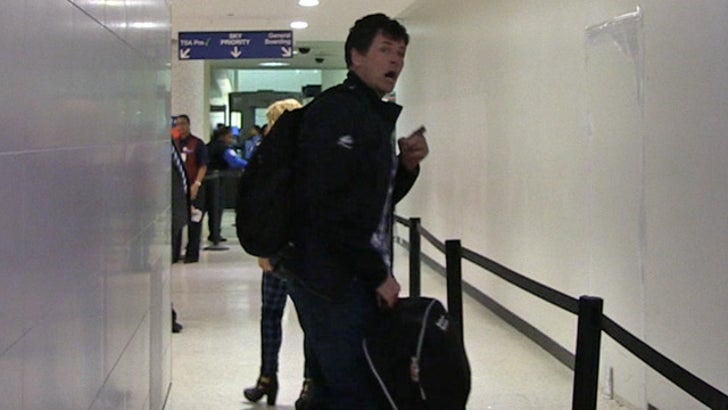 The trackside brawl between Jeff Gordon and Brad Keselowski was 100% AUTHENTIC ... and not a scripted stunt to get ratings ... so says fellow driver Michael Waltrip.

Waltrip was at LAX on his way out of Hollywood after being eliminated from "Dancing with the Stars" -- when we asked about the bloody altercation at Texas Motor Speedway.

Of course, there's talk NASCAR put the drivers up to the fight to get a boost in ratings ... which are reportedly down 6% from last year.

But Michael ain't buyin' it -- telling us the rage couldn't be more real. Check out the clip.