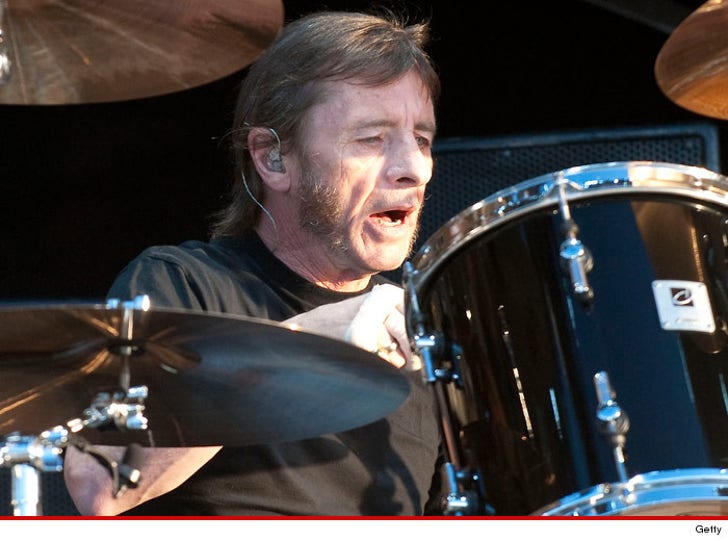 The drummer for AC/DC was busted in New Zealand for allegedly plotting to have 2 people killed -- and for a bunch of drugs allegedly found in his home during an early morning police raid.

Phil Rudd was taken into custody early Thursday, charged with attempting to procure a murder. The 60-year-old founding member of the rock group was also charged with possession of methamphetamine and marijuana.

NZ police say Rudd tried to hire a hitman to kill 2 other men. The names of the intended victims and the alleged hit man were not immediately released.

Rudd -- who's been with AC/DC since 1975 -- was released on bail after a brief court appearance.

A rep for the band says, "We've only become aware of Phil's arrest as the news was breaking. We have no further comment. Phil’s absence will not affect the release of our new album Rock or Bust and upcoming tour next year."