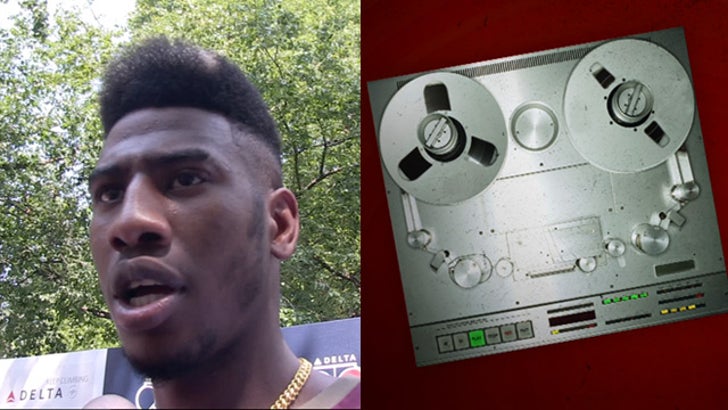 TMZ Sports obtained the new track, called "#HowToHate" ... in which the 24-year-old goes into rapid-fire mode and calls out MTV star/radio host Charlamagne Tha God and his co-host DJ Envy.

"I feel that when cameras are rolling Charlemagne and Envy will say anything for ratings and then behind the scenes will try and whisper that it's just a job and they don't mean any harm," Iman says.

"But they stated some things on the radio that I felt were detrimental to my brand so I will defend my brand."

Shumpert adds, "I wrote the song because people think they can take shots at people in the public eye and that the celeb will take the high road. Well this song is letting everyone know that even though I'm a celeb I'm a real person that likes to have a solid understanding of respect in any relationship that I have with another person."

As for the song, it's not part of an album -- we're told Iman just likes to drop singles when he feels like he's got something he wants to say.