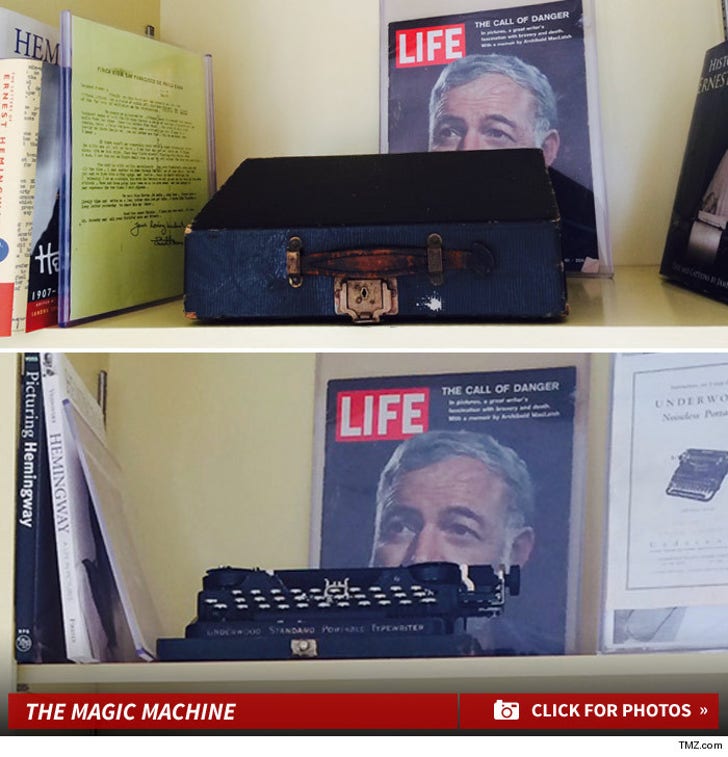 Angelina Jolie put down thousands of dollars on the last typewriter Ernest Hemingway used before killing himself ... a $250,000 wedding gift for Brad Pitt ... TMZ has learned.

Sources connected with the couple tell us ... Angelina's agent got in touch with L.A. Police Commission President Steve Soboroff, who has an unbelievable typewriter collection, including Hemingway's 1926 Underwood.

Get this ... Hemingway used the typewriter for his works in the late 1930s, and "For Whom the Bell Tolls" was published in 1940.

We're told Jolie initially wanted to buy his Tennessee Williams typewriter but he wouldn't sell it. So then the agent asked if Soboroff would sell one of the 2 Hemingway typewriters he owned ... they offered a quarter of a million bucks and it was an offer he couldn't refuse.

We're told this summer the agent sent a deposit check from Angelina's production company -- Chivan Productions -- for $11,000, but at some point she had a change of heart and cancelled the deal. She didn't even ask for the money back, but we're told the check was returned.

BTW ... Soboroff has a number of epic typewriters, including those owned by the Unabomber, John Lennon, Marilyn Monroe and Joe DiMaggio, and he just snagged Jerry Siegel's, who used the typewriter to create Superman! 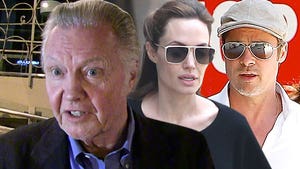