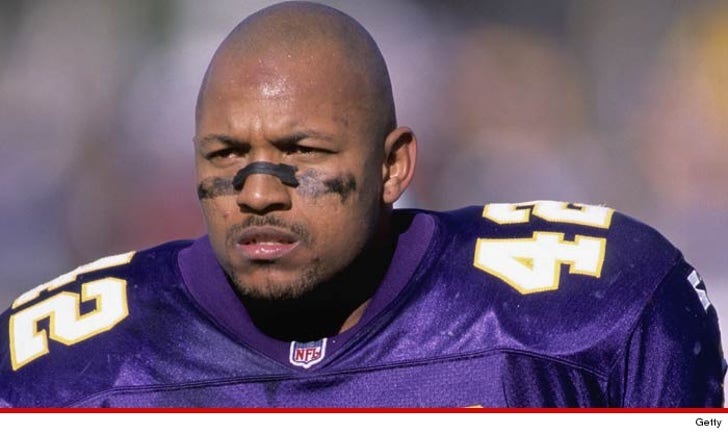 Former Minnesota Vikings star Orlando Thomas -- one of the best defensive backs in the league back in the '90s -- has died after battling ALS.

Orlando's agent Mark Bartelstein issued a statement saying ... "Nobody's ever fought a battle like Orlando fought, with so much dignity -- I never saw anything like it. It's just incredible."

Bartelstein added, "He never had a sense of self pity, never felt sorry for himself, he was always worried about everyone else. He was just the most incredible person I've ever been around."