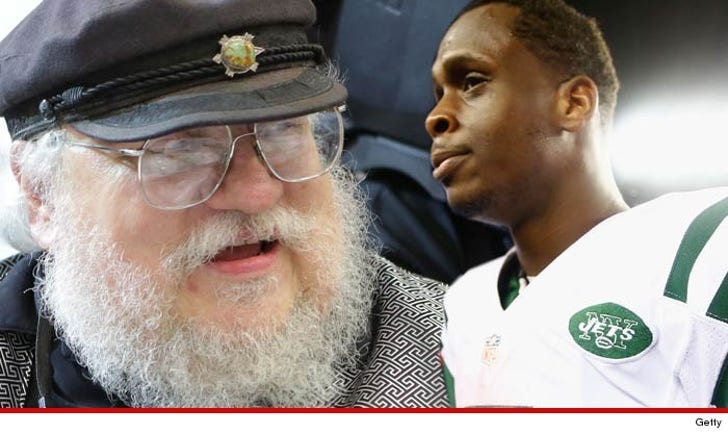 He lost 7 games in a row. He lost the starting job. And now Geno Smith has lost the support of a HUGE NY Jets fans ... "Game of Thrones" creator George R.R. Martin.

Martin is such a big Jets fan, he writes a blog about the team -- and in his most recent post, George took some shots at the sophomore QB ... basically saying he sucks and it's time to move on.

George was waxing poetic about the Jets' victory over the Steelers ... writing, "For the moment, I will enjoy the win and wonder what might have happened if Rex [Ryan] had only benched Geno Smith earlier. (I was distressed to see Geno back as second string and Matt Simms inactive. Simms showed more in his brief appearance last week than Geno has all season)."

He continued ... "Gang Green DOES have some good players, if only they could get a quarterback."

Martin also muses about the downside to winning games so late in the season.

"It is certainly more fun to watch the Jets win than to watch them lose, but if they start racking up victories now, all it will do is ruin their chances of getting a real franchise QB in the draft."

Haven't seen a prodigy fall this hard since Bran Stark.