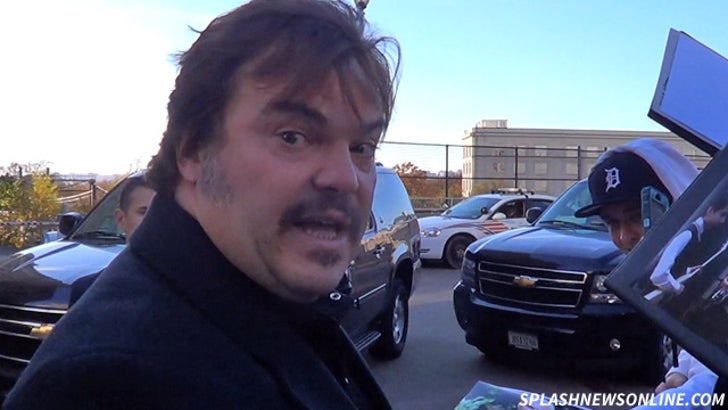 They might suck at the moment, but Jack Black refuses to turn his back on the L.A. Lakers.

Black was out in L.A. last night when he was asked if he would ever consider buying a sports team -- or at least part of one ... a la Usher (Cleveland Cavs) or Justin Timberlake (Memphis Grizzlies).

Jack, being the huge Purple and Gold fan that he is, picked the Lakers ... but noted he could "probably get it for a steal right now."

But, as Black points out ... if the Clippers sold for $2 BILLION -- how much would the Lakers sell for if the Buss family was looking to unload????

There are some experts who believe the Lake Show could be worth close to $5 BILLION!!!

Is that still a steal???