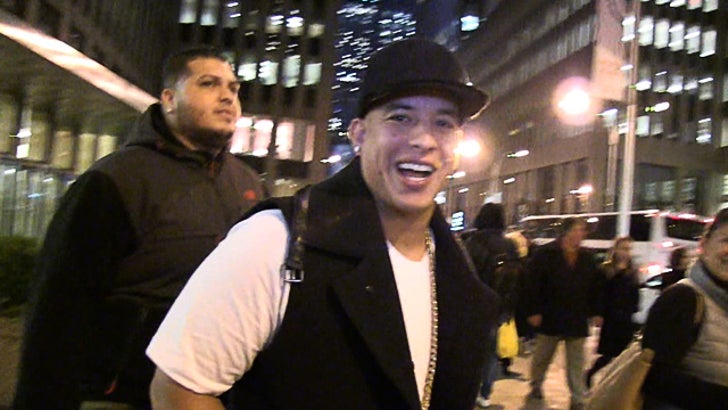 Before he became an international music star, Daddy Yankee was a real-deal baseball prodigy ... until one bullet changed everything.

The reggaeton king was out in NYC last night and told us he had a shot with the Seattle Mariners back in the day ... when he played 3rd base.

But Yankee was shot in the hip during the peak of his baseball career -- and had to abandon his MLB dreams. Fortunately, things worked out and he became a megastar.

Yankee's not bitter about it -- even though the bullet is still lodged in his hip ... which can be a pain in the ass in airports.