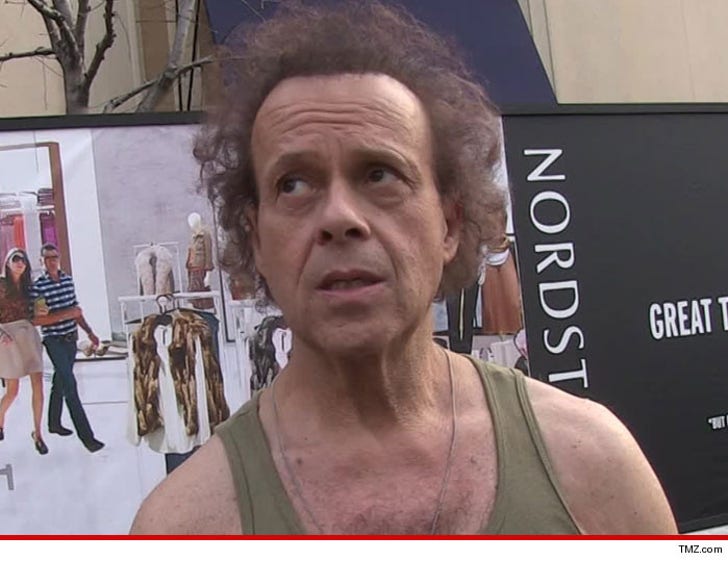 Richard Simmons' close friends are now mad, in addition to being extremely concerned for his welfare ... because they believe his spokesperson is shoveling crap with the story that Richard's OK.

The spokesman told the NY Daily News ... Richard is "sad" but not clinically depressed, a shut-in or a recluse.

Now extremely close friends of Richard are pissed ... saying Richard's people are not leveling. For a variety of reasons, they believe something dire has happened.

-- The last contact any of his closest friends had with him is March 10.
-- The mother of an extremely close, long-time friend died a few months back, and Richard never contacted her, which is completely out of character.
-- Richard was close with Joan Rivers and, as one friend put it, "There is no way he wouldn't have gone to her funeral if he was OK."
-- He has abandoned his exercise studio, where he was a fixture. He hasn't been there in months, and everyone there says they have no idea why.

As we reported ... one of Richard's key people told us a looming knee replacement sent him into a massive depression ... exacerbated by the death of his beloved dog. But the close friends say they don't believe knee surgery or the dog would cause Richard to cut himself off from the outside world.

As one friend said ... "If Richard is really OK and is aware people are extremely concerned about him, he'd pick up the phone and tell them to relax. But he hasn't, and we're worried sick."