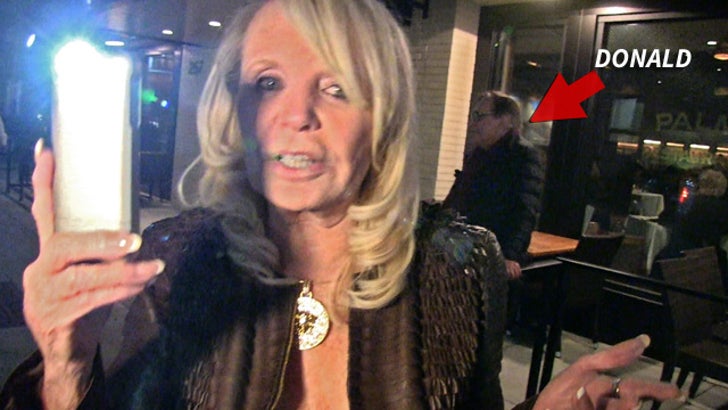 Shelly and Donald had dinner TOGETHER last night at The Palm in Beverly Hills ... and on the way out, Shelly was in an extremely bubbly mood!!

That's when she told us Donald's still rooting the team that turned against him for being a tremendous racist. The team that's tried everything in its power to erase him from its memory.

Oh, and check out her answer when we ask if she's worried about the Lakers.

Alfred E. Neuman would be proud.