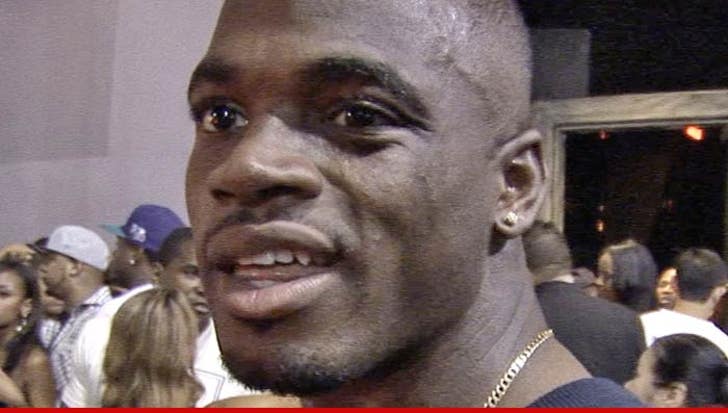 Adrian Peterson believes there's a slight chance the grand jury in Ferguson will change its mind and indict Officer Darren Wilson in the shooting death of Mike Brown ... problem is, he's flat-out wrong.

In the wake of the decision in Ferguson, AP went to Twitter to express his dismay over situation ... writing, "The GRAND JURY DECIDED NOT TO INDICT ME TOO! But that changed a week LATER! MAYBE, BUT NOT LIKELY N THIS CASE #PUTyourTrustNGODnotINtheWORLD!"

AP is obviously referring to his child abuse case ... insisting he was under the impression the grand jury was leaning toward NOT pursuing charges against him for beating his son with a switch ... only to change its mind and indict at the last minute.

There were reports that AP's case was "no-billed" by a grand jury and then taken to another grand jury, which decided to indict the NFL star ... but the Montgomery County D.A. eventually shot those reports down.

"The same grand jury was the one that reviewed all the evidence and the law in this particular case, and the one that issued the indictment,” the D.A. stated.

That being said, seems AP is ill-informed about how grand juries work ... because unless a game-changing new piece of evidence emerges, the decision by the grand jury in Ferguson will stick ... like it or not.