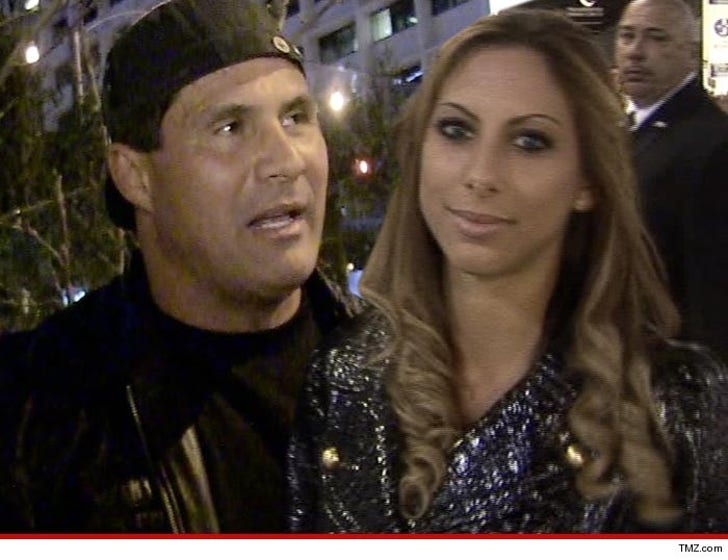 Cops raced to Jose Canseco's Las Vegas home over the weekend after his fiancee called 911 and told police he repeatedly threatened to kill her -- but Jose tells TMZ Sports she's lying through her teeth.

Leila tells TMZ Sports ... Jose had flipped out after she dumped him and he "threatened to kill me and my mother." Knight claims he repeated the threat "like 20 times."

Cops rushed to the scene ... and spoke with both Jose and Leila ... but no arrests were made.

We're told cops issued a warning to both parties.

But Jose says Leila is simply spreading lies because he's the one who dumped her ... and she's bitter.

"She's slandering me because I don't want to be with her," Canseco says ... "I fell out of love with her because she's too controlling."

As for the allegations, Jose says he's willing to take a polygraph test to prove he never threatened anyone.