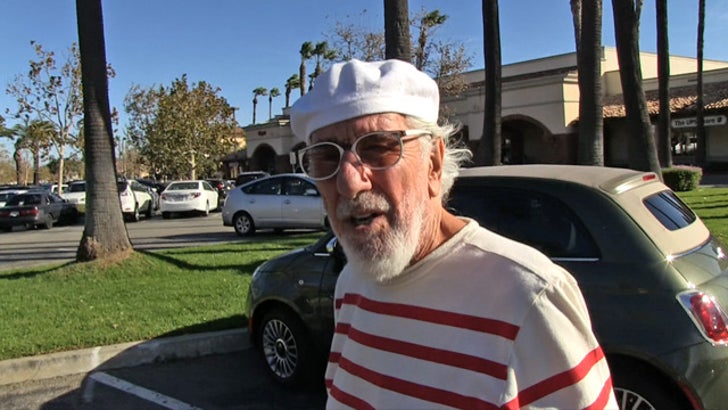 Bad news for the Lakers ... one of the team's BIGGEST celebrity fans is getting real bored with the Purple and Gold -- telling TMZ Sports he's going to games "less and less" these days.

We spoke to music legend Lou Adler -- who's been a staple at Lakers games over the past decades sitting courtside next to his good friend Jack Nicholson.

But when we asked if he was still supporting the squad even though it's been rough this season ... Adler seemed less than jazzed about the Lake Show.

One more thing ... we asked Lou to name the biggest celebrity Lakers fan -- and it WASN'T Mr. Nicholson. Check out the clip.