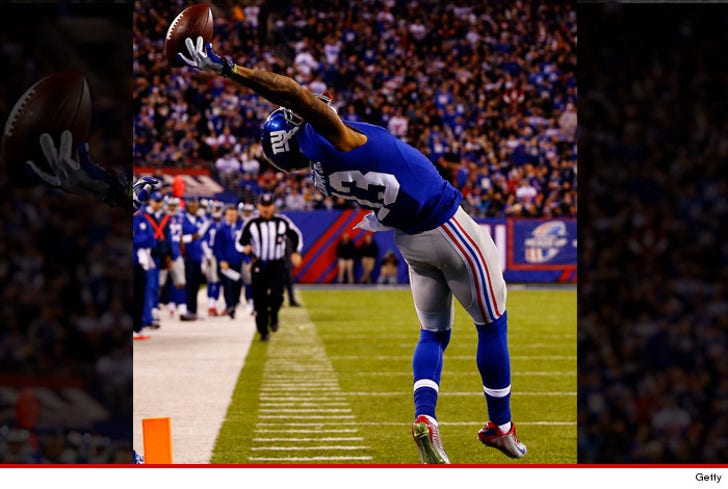 Check this out ... we just spoke with Odell Beckham Jr.'s high school coach Nelson Stewart about the insane 1-handed catch -- his quotes are fantastic.

-- "We tried to stop him from catching the ball with one hand in high school ... but then we said, 'This is stupid, he never drops the ball. Let's just let him.'"

-- "Now we have a problem with our players trying to catch the ball with one hand. They say, 'But you let him do it.' I say, 'You are not Odell Beckham!'"

-- "He said he wants to have his high school jersey hanging at the high school one day. We haven't given his number away since -- so I think he's on his way."

-- "His hands were bigger than anyone on our team. He literally never dropped a ball. He redefined everything you could do."