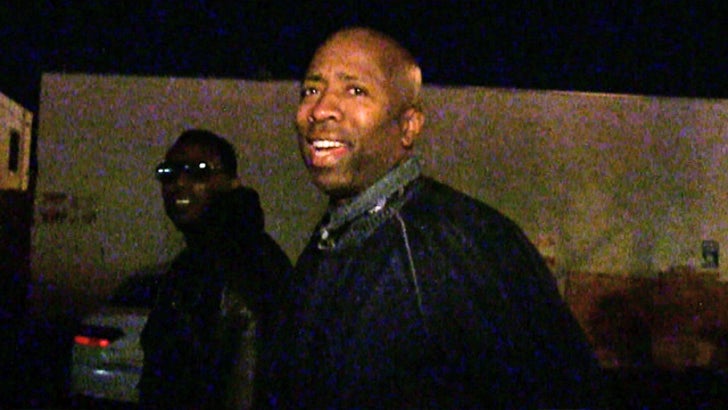 There will be no MEGA-FIGHT between Charles Barkley and DeMarcus Cousins ... so says Kenny "The Jet" Smith ... who tells TMZ Sports the guys were "just playing" when they threatened to destroy each other.

Here's the thing ... it didn't seem very playful when DeMarcus blasted Charles earlier this month -- when he said he has "no respect for Sir Charles because of the way Barkley criticized him when he was a high schooler.

And it didn't seem like Charles was playin' when he said he'd beat the crap out of DeMarcus if push ever comes to shove.

But Kenny -- Barkley's "Inside the NBA" co-star -- insists it's all just fun and games.

Yeah ... until someone gets their ass kicked.