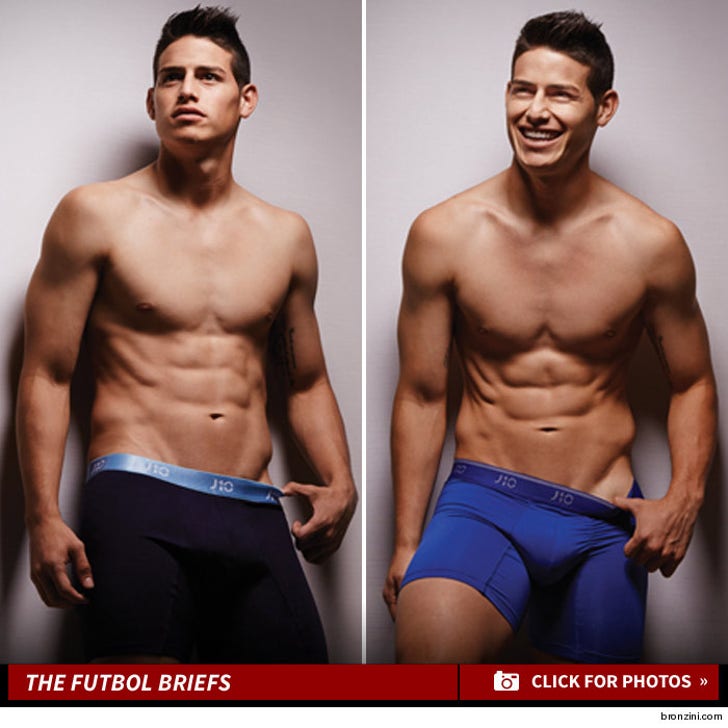 First Beckham, then Ronaldo ... now ANOTHER soccer star is getting into the men's underwear game - James Rodriguez.

The Colombian superstar who plays for Real Madrid stripped down to his man panties to model his new line of undies, J10 ... made by a Colombian underwear company Bronzini.

Seems to be a total ripoff of Cristiano Ronaldo's undie-brand CR7 ... which started as an underwear line and was so successful, it's already expanded into socks and shirts.

BTW, James and Ronaldo both play for the same team -- so, it's kinda like the Oklahoma City Thunder situation ... where teammates Kevin Durant and Russell Westbrook also have competing underwear lines.