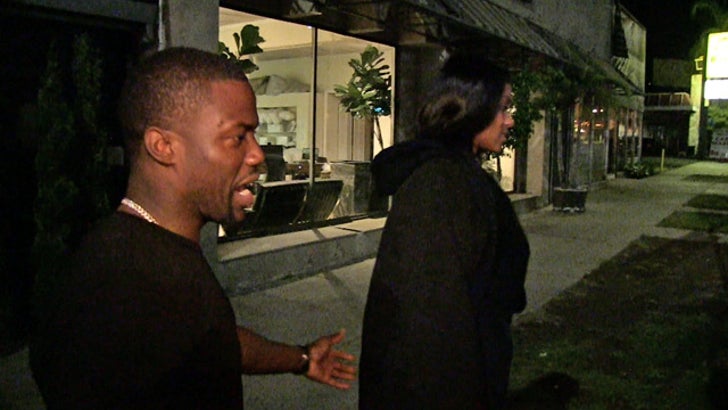 Nothing like a little celebrity trash talk on Thanksgiving ... so, here's Kevin Hart explaining why he'd dominate Justin Bieber in a little 1-on-1.

Here's the thing ... Hart says he's bigger and stronger than JB -- but according to our research (some intense google searches) Bieber's 5'9" and Hart's 5'4".

In fact, we've also found some shots of them together -- and it's clear Justin has the edge when it comes to height.

Still, Hart's no joke on the court ... he's been the MVP of the NBA Celebrity All-Star game 3 years in a row.

These guys both play in a bunch of celeb charity games -- so it's only a matter of time 'til they face off. Can't wait.