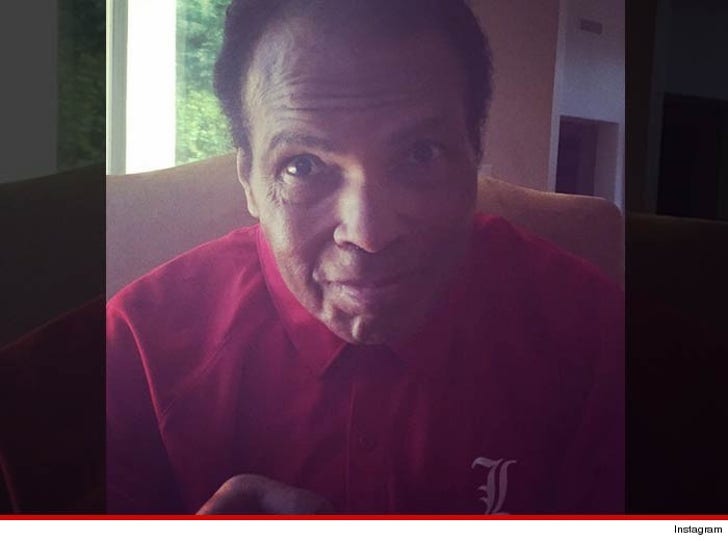 He's only been on Instagram for 3 weeks, but Muhammad Ali has already posted his very first selfie.

The 72-year-old champ was decked out in Louisville shirt to cheer on the Cardinals as they took on the Kentucky Wildcats this weekend.

It's the first time Ali has posted a new photo on any social media platform since he joined Twitter in 2010.

BTW -- Louisville ended up beating Kentucky 44-40 and now they're bound for a bowl game.