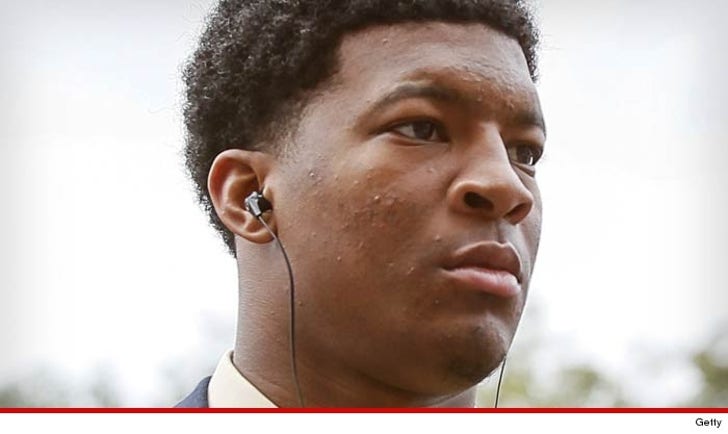 Jameis Winston says the sexual encounter with his accuser back in 2012 was 100% consensual -- telling the judge he formally requested oral sex when they hooked up ... and she obliged.

Winston says he did NOT buy the woman a drink at the bar they were at before the sexual encounter -- and NEVER offered her any drugs.

But when they got back to Winston's dorm room, the QB says they immediately began hooking up.

Winston says he and the woman "also engaged in intense foreplay and heavy petting during the same period that she was performing oral sex. I was with her on the bed during foreplay and I may have ejaculated a small amount of semen onto her clothing."

Winston says things heated up and he grabbed a condom -- and she helped put it on.

Winston says there was "no doubt" the sex was consensual.

At some point during the encounter, Jameis says one of his roommates opened the door to his bedroom "as a prank" -- so she asked if they could go somewhere with more privacy.

Jameis says they went to the bathroom and began to have consensual sex a second time.

Eventually, Jameis says he dropped her off at her dorm ... and she gave him a hug goodbye.

Winston says the woman never said or did anything indicating she didn't want to hook up -- but says, "had she done so, I would have stopped immediately."

Winston concludes by taking a very aggressive shot at the accuser -- saying, "the only thing as vicious as rape is falsely accusing someone of rape."

He says the accuser "and her lawyers have falsely accused me, threatened to sue me, demanded $7,000,000 from me, engaged in a destructive media campaign against me, and manipulated this process to the point that my rights have and will continue to be severely compromised."

8:18 AM PT -- The accuser's attorney issued a statement saying, "After two years all we get is a written statement crafted by Mr. Winston's lawyers. Not impressed."

The lawyer adds, "The day will come that Jameis Winston, Chris Casher, and Ronald Darby are going to have to answer questions."