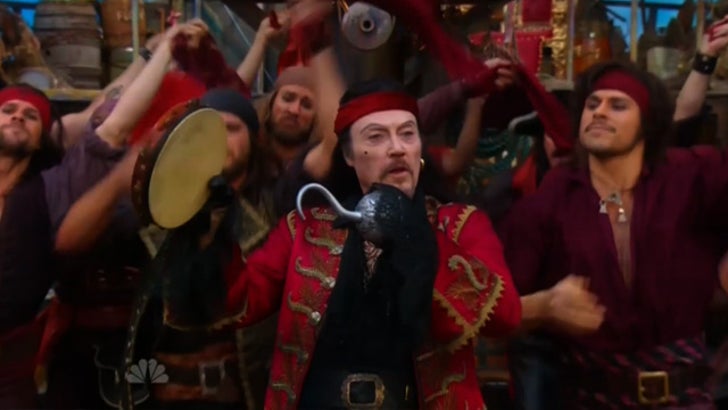 Christopher Walken had a fever Thursday night during the Peter Pan Live special on NBC ... but it wasn't for cowbell ... it was for the tambourine.

Walken played Captain Hook in "Peter Pan LIVE!" as Captain Hook ... with Allison Williams from "Girls" playing the title role -- and it was both glorious and awful at the same time.

Bonus points for Chris' attempt to lip-sync at the end of the video.

Twitter went crazy during the performance (ratings were way down from last year's "The Sound of Music Live") ... and Walken critics came out in droves.

Lisa Vanderpump is killing it as Captain Hook!!! #peterpanlive

Got your own review? Sound off in the comments.