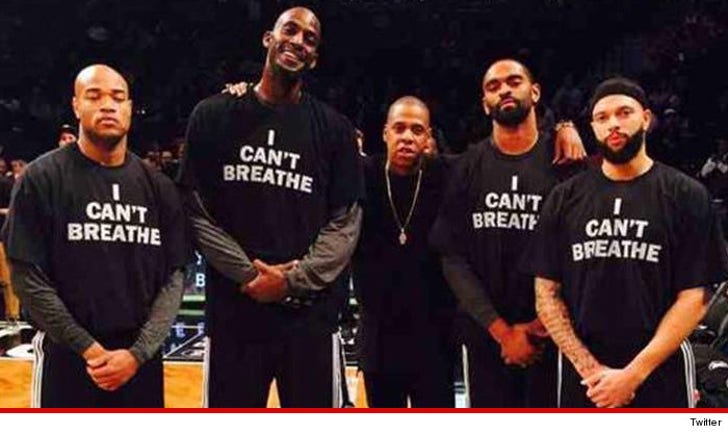 Jay-Z, LeBron James and Kevin Garnett have followed Derrick Rose's lead ... participating in an "I Can't Breathe" protest on the court before Monday night's Cavs vs. Nets game.

KG -- along with some of his Nets teammates -- wore the "I Can't Breathe" shirt on the floor and posed for a pic with Jay Z who was dressed in black to show his support for Eric Garner.

NBA Commissioner Adam Silver has expressed reservations about player participating in the protest on the court ... saying he respects the players for voicing their personal views "but my preference would be for players to abide by our on-court attire rules." 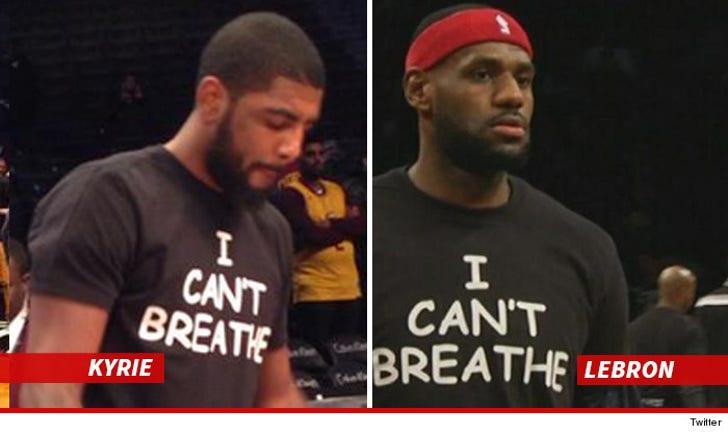