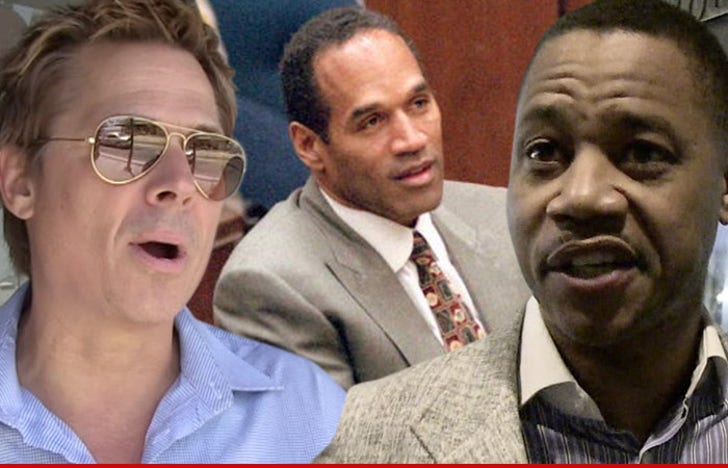 Cuba Gooding Jr. is the PERFECT guy to play O.J. Simpson in an upcoming TV miniseries ... so says someone who would know -- Kato Kaelin.

We spoke with O.J.'s most famous house guest about reports that CBJ will portray "The Juice" in an upcoming FX miniseries called, "American Crime Story: The People v. O.J. Simpson."

"Cuba's my friend. I think he's gonna do great," Kaelin told us.

Kaelin says Simpson "had an arrogance to him" ... which Cuba will have no trouble nailing down.

"I think [O.J.'s personality] is a lot like Cuba's character in 'Jerry Maguire.' He wanted the attention ... that was pretty much O.J. Simpson."

For the record, Rod Tidwell never killed anyone ... allegedly.