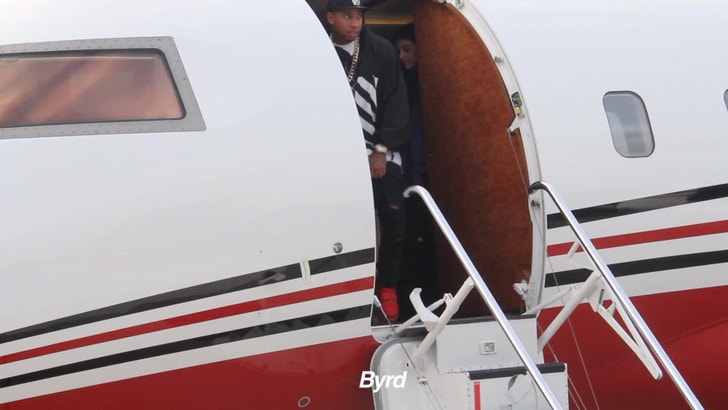 Tyga's "friendship" with Kylie Jenner might have some serious competition, cause TMZ Sports has exclusive video of T-Raww exiting a private jet with a very pretty -- and very rich -- new lady.

The smokin' hot chick in question is Anjali Ranadive, daughter of Sacramento Kings owner Vivek Ranadive. The two traveled to Sac-Town earlier this week 'cause Anjali -- an aspiring singer -- was providing halftime entertainment at the Kings game ... and Tyga was helping out on the mic.

Here's the thing, Tyga didn't just rap and run ... he cozied up to Anjali the whole game alongside her pops Viivek and NFL legend Roger Craig (who happens to be Anjali's godfather). 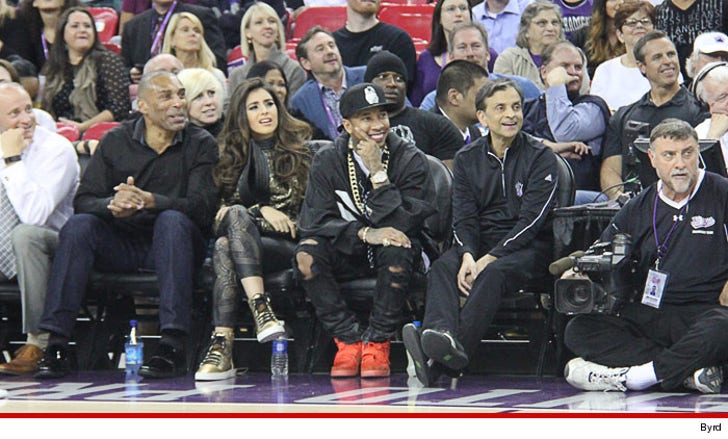