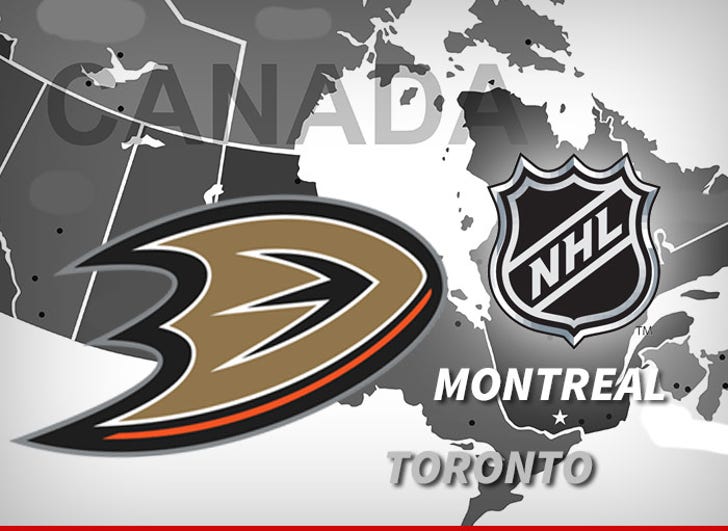 One of the NHL teams hit by the mumps outbreak is north of the border right now ... potentially exposing opponents to the virus -- but Canadian health officials are pretty damn laid back about the risk.

As we previously reported -- players from the Anaheim Ducks, Pittsburgh Penguins, Minnesota Wild, NY Rangers, and NJ Devils ... have come down with mumps in recent weeks. The Ducks played Tuesday night in Toronto ... and are taking on the Montreal Canadiens Wednesday night.

TMZ Sports spoke to the Montreal Dept. of Public Health, and shockingly ... officials say they haven't reached out to their hometown team, or any visiting teams to discuss preventing the spread of the virus.

Health officials in Winnipeg -- where the Jets are getting ready for a road trip to play the Wild -- gave us a similar response.

Mumps -- a painful swelling of the salivary glands -- spreads fairly easily from coughing, sneezing or kissing ... and enters the body through the eyes, nose, or mouth.

Meanwhile, the NHL seems to be doing its part -- sending all 30 teams a memo with tips on dealing with the outbreak. 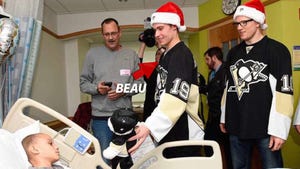