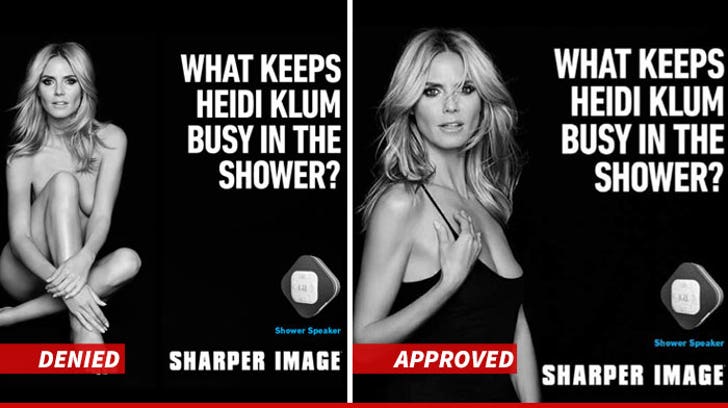 Much like Sony did with North Korea, Sharper Image has caved in its battle with the City of Las Vegas ... and in this scenario, Heidi Klum's boobs are "The Interview."

Sharper Image's new ad campaign features a scantily clad Klum alongside suggestive copy designed to get you to buy the gadgets Sharper Image sells that you never knew you needed.

But Klum's cleavage did not meet Clark County code and the ads were barred from being displayed at McCarran Airport. The crux of the problem ... "the showing of the female breast with less than a fully opaque covering or any portion thereof below the nipple" -- aka underboob.

So Sharper Image submitted toned downed pics, which were approved, and will soon be displayed for all to see.

Who knew Las Vegas was run by prudes? 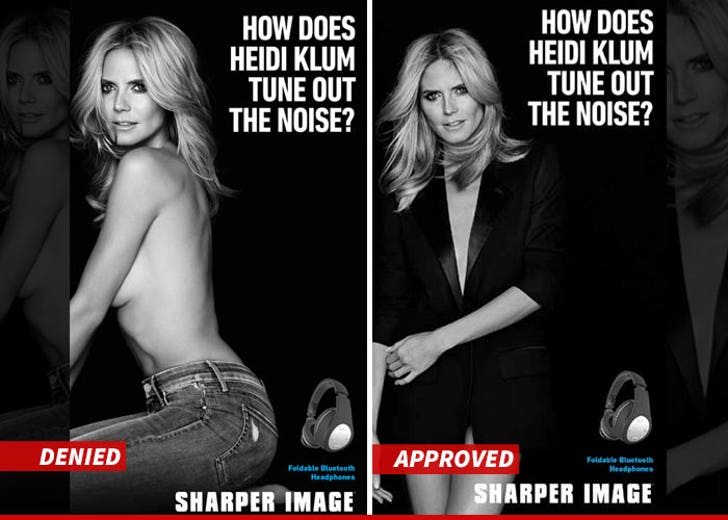 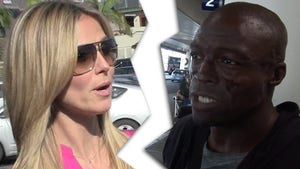 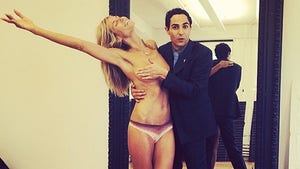 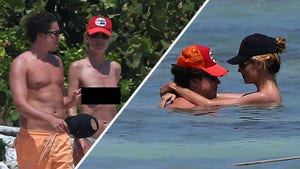