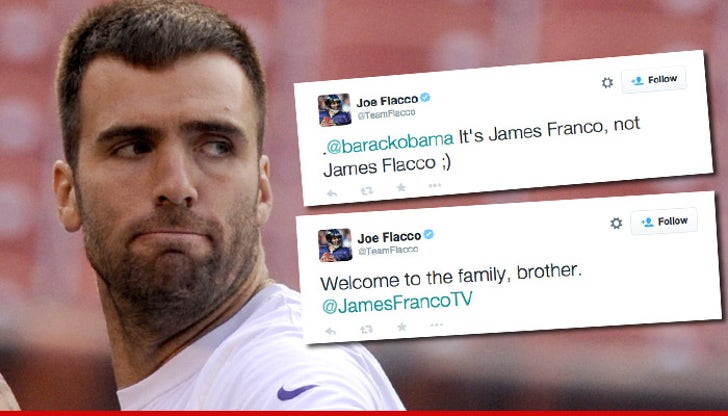 Listen up, President Obama ... Joe Flacco wants to make sure you know he's never been in "127 Hours" or "Spring Breakers" ... and he's definitely not the co-star of "The Interview."

POTUS made a huge flub during his news conference Friday -- mashing up James Franco's name with Joe's -- and the Ravens QB quickly responded.

The prez was talking about the Sony cyber attack and "The Interview" ... saying, "a satirical movie starring Seth Rogen and James FLACCO. I love Seth ... I love James."

Flacco razzed the president by tweeting, "@barackobama: It's James Franco, not James Flacco ;)" He also shouted out James ... welcoming him to the fam.

Still ... imagine Franco putting on the pads to take on J.J. Watt and the Texans this weekend. THAT would be awesome. 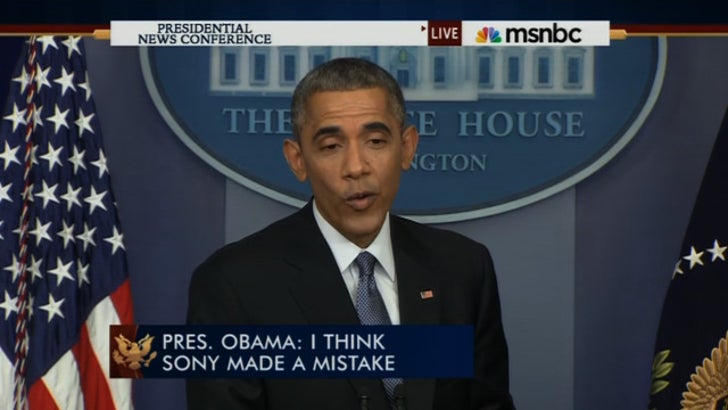