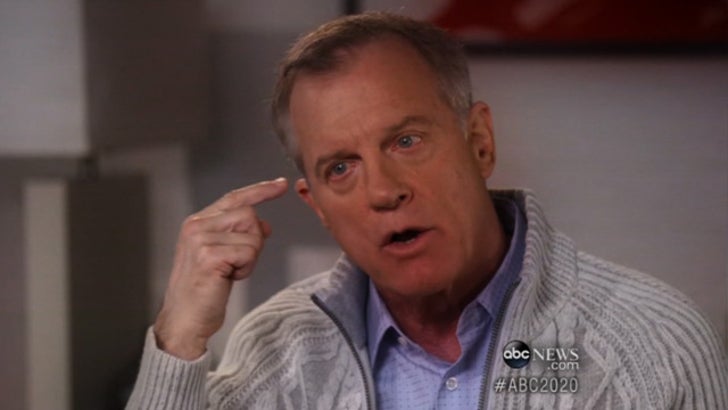 Stephen Collins felt like it was okay to expose himself to 3 underage girls ... because the same thing happened to him even before he was a teenager.

Collins told Katie Couric a woman repeatedly exposed herself to him when he was between the ages of 10 and 15. He said the experience distorted his perception because ... "I never felt like I was molested."

It's the first time he is talking on camera about molesting and/or exposing himself to the girls ... decades ago.