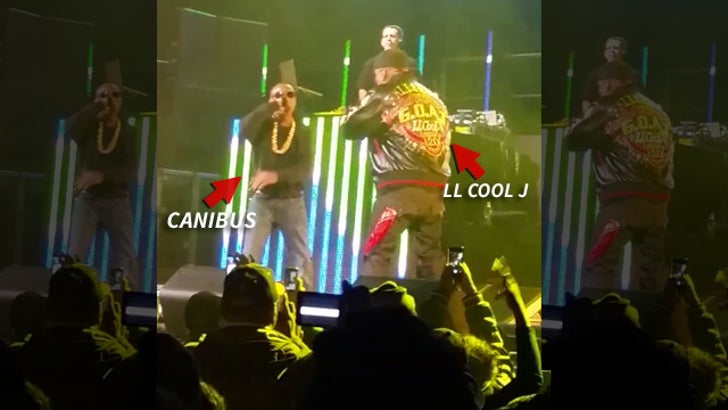 LL Cool J and Canibus' rap feud is FINALLY OVER ... and we got video evidence to prove their on stage bro-down was totally legit.

Ladies Love told the crowd at the Barclays Center Friday night he's had a lot of beefs in his life ... but sometimes you've gotta be the bigger man -- and then brought Canibus on stage to a loud ovation.

For those of you who aren't hip hop heads ... the war started in the late '90s -- after Canibus threw an underhanded jab at LL while recording their duet "4, 3, 2, 1" ... the same track they performed last night during the reunion.

Sources tell us LL reached out to his former foe a few weeks ago to gauge the rappers interest ... and Canibus jumped at the chance to end their 17 year battle.

The two rappers hugged it out on stage afterward ... then the "NCIS: Los Angeles" star complimented Canibus' career -- even though it sounded a little backhanded. 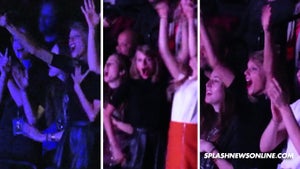 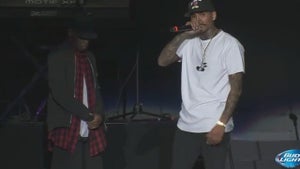