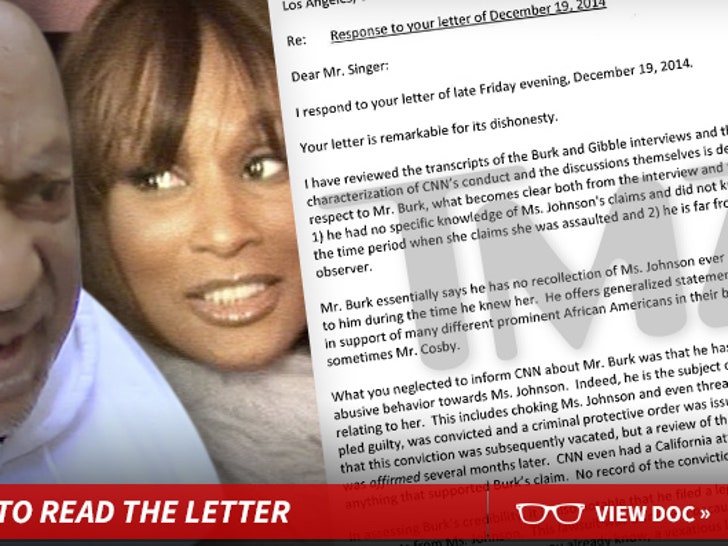 CNN has fired back at Bill Cosby's lawyer ... defending it's decision NOT to include accuser Beverly Johnson's live-in boyfriend as part of a network special, calling him a criminal with an ax to grind.

TMZ broke the story ... Cosby's lawyer fired off a nasty letter to the network Friday, claiming it was rigging a story about model Beverly Johnson -- who accused Cosby of drugging her in the mid-80s -- without interviewing the man she lived with from 2006-2009.

The lawyer claimed during that time Johnson never mentioned the drugging and only heaped praise on Cosby.

But in a scathing retort, CNN says the boyfriend -- Mark Burk -- was not around when the alleged drugging occurred. The letter also minimizes the relevance that Johnson said bad things to Burk about Cosby.

What's more ... CNN says Cosby's lawyer, Marty Singer, failed to mention Burk has a criminal history ... multiple restraining orders keeping him away from Johnson and threats to kill her.

And CNN says Burk isn't credible because he filed a bogus lawsuit against Johnson for palimony. 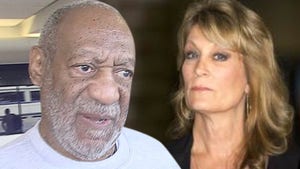