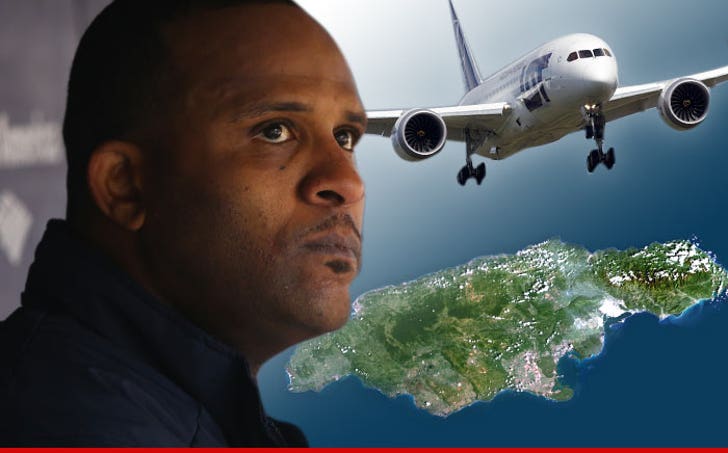 Nobody likes missing their flight ... including MLB star CC Sabathia ... who was so upset after missing his plane to Jamaica, cops were called to calm down the big fella ... TMZ Sports has learned.

Sabathia -- along with 11 people in his party -- arrived to the Newark International Airport on Saturday morning ... only to be told they were too late to board the flight.

As one source put it, "CC started freaking out" on airline staff -- and that's when someone called the NY Port Authority for help.

Fortunately for CC, this story has a happy ending ... we're told cops helped CC cool off and the NY Yankees pitcher was able to book a later flight for his entire party.

No arrests. No citations. And eventually, the gang made it to Jamaica to start their vacation.

We reached out to CC, his reps and the Yankees for comment -- so far no word back.