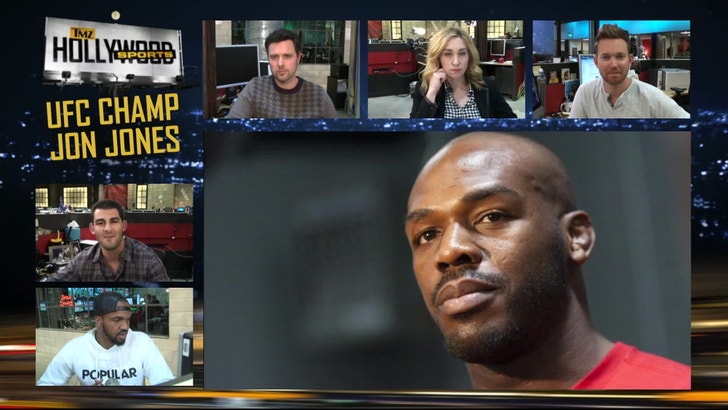 Miley Cyrus ... you've got company.
UFC superstar Jon "Bones" Jones became the newest card-carrying member of the ’Free The Nipple’ campaign Monday ... after taking his own headlights for a test-drive on "TMZ Hollywood Sports."

So, what provoked the self-induced nip slip? Ya gotta watch the clip ... it's hilarious.

Jon -- who's taking on Daniel Cormier at UFC 182 on January 3rd -- also talks about the secret weapon he's hiding in his Vegas hotel room.

Make sure to check out TMZ Hollywood Sports weekdays at 6pm ET, 3pm PT on Reelz!