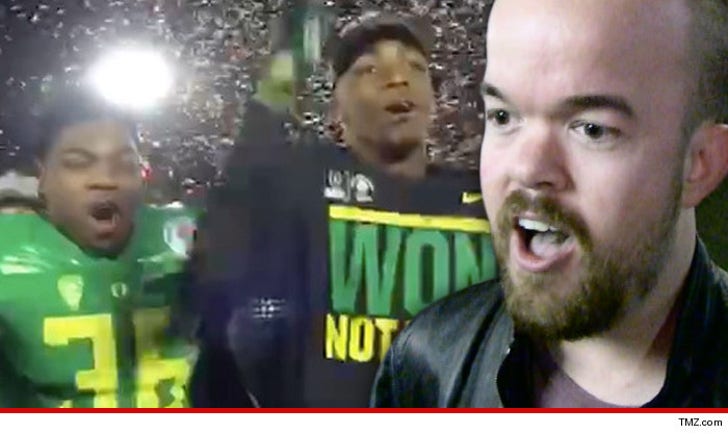 TMZ Sports has figured out where the "No Means No" chant came from after the Rose Bowl ... and it actually started at a comedy show the Oregon team attended in L.A. just a few days before the big game.

Here's what we know ... Oregon was at the iconic Improv comedy club Monday for a show featuring Brad Williams -- a pretty famous comic who's been on Kimmel, Leno and "Mind of Mencia." 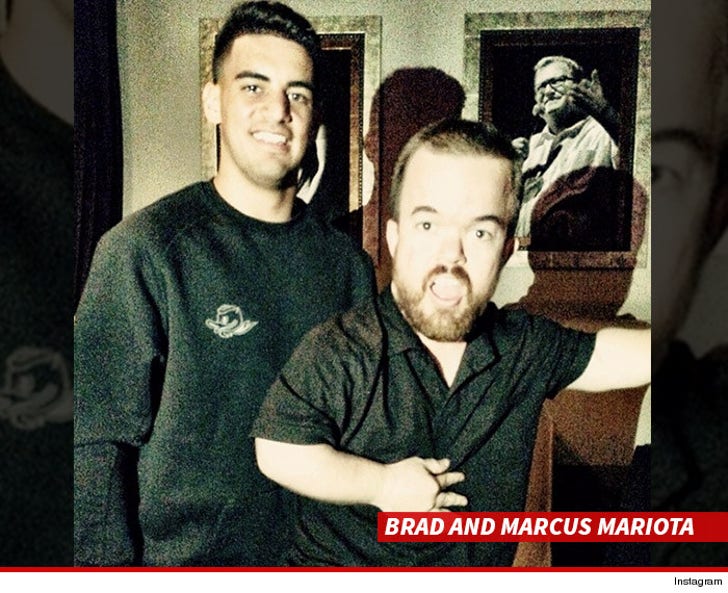 When Williams told the "no means no" joke -- which was actually written for him by his friend (and FSU alum) Jenn Sterger -- it got HUGE laughs.

Brad says he's stoked that the players liked the joke ... but says maybe busting it out at the game wasn't the best idea.

"I still think the joke is funny ... it's hilarious ... but the thing with jokes is there's always a time and place. And maybe that wasn't the time and the place." 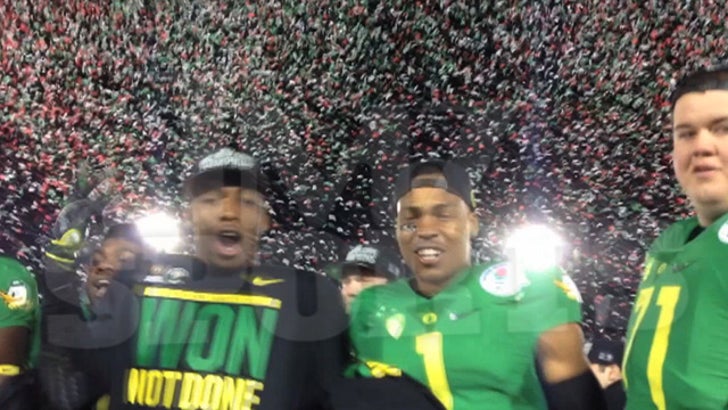 As for Oregon saying the players will be disciplined over the stunt, Williams says he hopes the school goes easy on 'em.

"I don't think anyone should be punished for a joke. They're kids. It's a learning experience. But if they do get punished ... maybe a couple extra pushups or some laps. They shouldn't miss the National Championship."