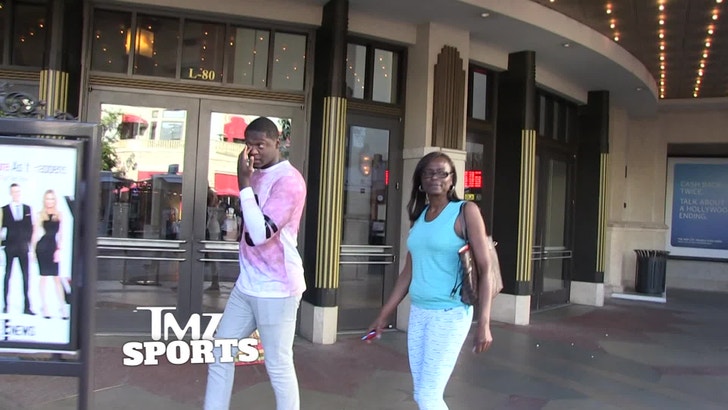 Here's video of Los Angeles Lakers rookie Julius Randle walking around The Grove in L.A. today -- two months after breaking his leg during minute 14 of his NBA debut.

Randle -- who's undergoing an unrelated foot surgery tomorrow -- seemed to be in good spirits about his recovery and we might know why ... being bedridden may have had it's perks.

We also asked Randle if he's worried about playing with Kobe Bryant next season after watching The Mamba ream his teammates at practice and during games.