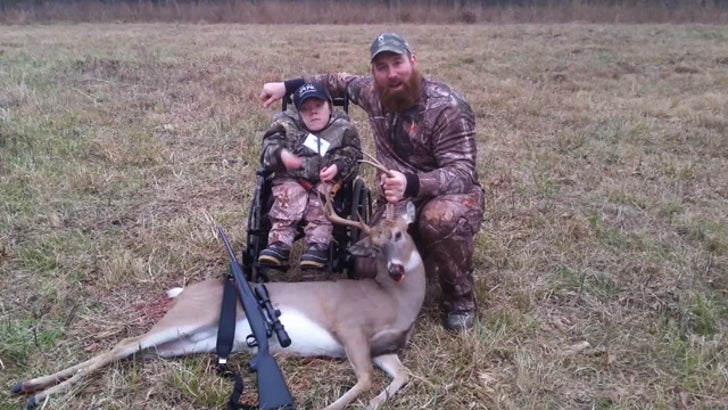 Former NFL star Matt Light -- a 3-time Pro Bowler -- just finished up a charity event with special needs children in which he took them out hunting for deer ... TMZ Sports has learned.

Light is an avid hunter who strongly believes in the positive value of outdoor activities such as hunting, clay shooting and camping.

In this case, Matt and his friend Noah (who he met through The Light Foundation) got themselves a buck out in Alabama.

"All of the lessons I've learned in the outdoors have really proven well for me," Matt says ... "And I want to pass them along to kids like Noah."

Light says he believes the kids learn everything from teamwork to trust and respect on the hunting trips.

"He's able to be a kid. He's around other kids like him that he can relate to and share stories with. It's all about those campfire moments."